THE LOCALITY “HORLOG” AND THE PARTICULARITIES OF THE REGION

Horlog Castle is a holiday village consisting of five villas. The first villa was built in 2014, and in 2021, 4 more villas were completed. The villas are furnished with retro style furniture. The holiday village is located just before the picturesque Rhodopean village of Trigrad, in Horlog area, where its name actually comes from. 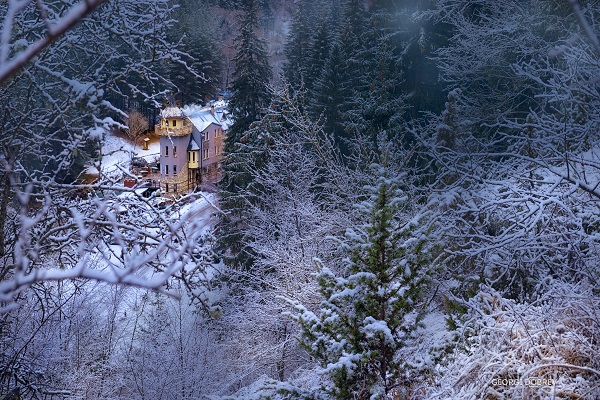 The Castle Horlog is in fact the nearest tourist site to those caves – at 300m to the “Devil’s Throat” and at 150m to the “Haramiyska” cave.

It is situated at the foot of the Trigrad Gorge, between mountains and rocks and right by the river Trigradska.

Directly from the balconies of the hotel there can be watched typical for the region animal species /wild goats and roe deers, and if you’re lucky even bears/. 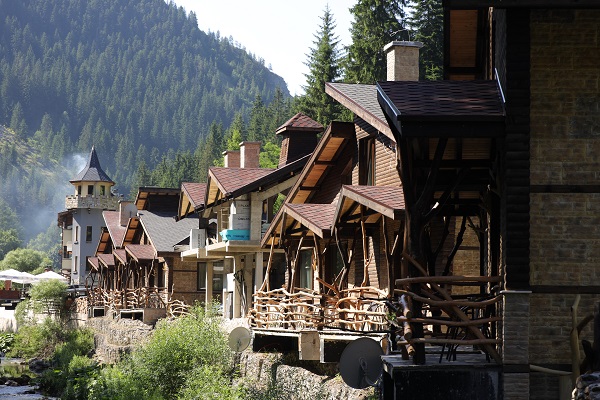 Horlog” is also, the only place in the world where one can directly observe an extremely rare animal species- the bird Wallcreeper. It inhabits the cliffs and precipices in the mountains, and a majority of its seats for brooding are at alpine height, therefore the possibility for bird watching in a populated place is not typical and in fact quite unique in the world.

It is without doubt that the “Horlog” locality at Trigrad is mostly famous with the legend of the underground kingdom, the gates of which are believed to be somewhere in the “Devil’s Throat” cave.

Many people believe, that the area is possessed by a magical energy of unearthly origin, which helps a man to unlock the power of his energy field and clear his body and soul.

It’s not surprising that the region is a preferred tourist destination for Yoga practice. 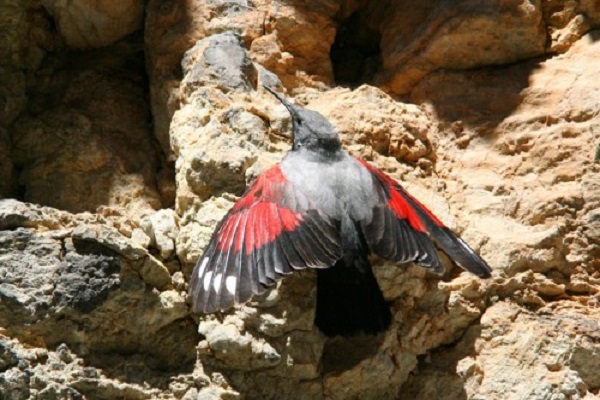 Over the last few years village of Trigrad develop ornithological turizam. In the region man can observe endangered birds such as the ‘straggler falcon’, Wallcreeper , eagles and others explain speleologists. Аnnually in Trigrad arrive groups from different European countries to observe rare species of birds. About 40% of tourists in the region of Trigrad in the summer are foreigners. In the area come also groups interested in biological tourism . They are attracted by the presence of more than 20 endemic species - Silivryak (Orpheus flower) , “Mursalski” tea (Sideritis scardica) , Rhodope rye and others.

The nature around Trigrad

THE AMENITIES IN THE CASTLE – HOTEL

Horlog Castle Holiday Village has one large two-storey villa with a ground floor and four smaller villas. The large villa houses the administrative area of Horlog Castle, and the classic Horlog Castle Restaurant. The building has five double rooms and four suites with a total capacity of 25 comfort type beds and 30 extra beds, armchairs and sofas. Each of the accommodation area has a private bathroom and toilet. The rooms share a terrace facing the river.

The other four villas have suits and rooms, which can be rented either individually or in full / the entire villa /. The suits are equipped with a kitchenette and dining room, and rooms intended for an individual sauna.

Two of the villas have one suit and one room with a total capacity of 6 comfort type beds and 10 extra beds and sofas.

The other two villas have one suit, one double room and one family room with a total capacity of 10 comfort type beds and 14 extra beds and sofas. Each separate room in the villas has a private terrace facing the river. 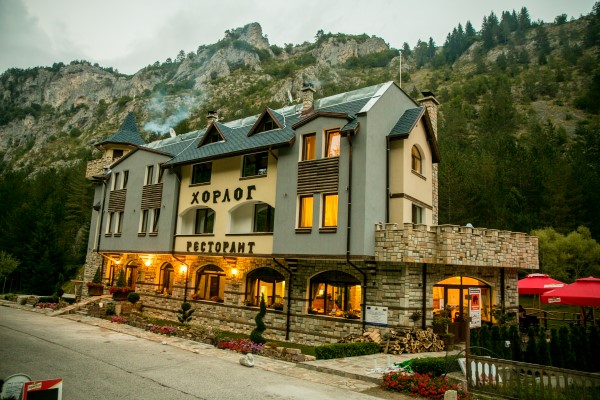 The total capacity of guests in the building is 25 people. The maximum capacity with the use of sofa and chair–beds is 33 people. 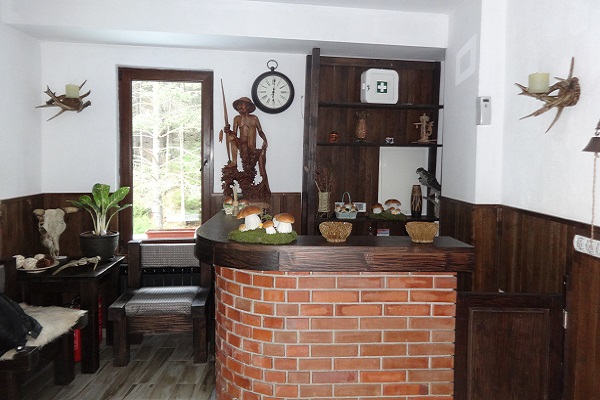 The accommodations are as follows:

- One luxury double room with sofas and a dining corner;

- A luxury two-level apartment with a bedroom and a living room with a fireplace;

- A deluxe two-level apartment with a two bedrooms and a living room with a fireplace.

Each one of the accommodations has its private bathroom and a toilet. The rooms share a common terrace, with a view over the river. The place has an inner common balcony for smoking and relaxation. 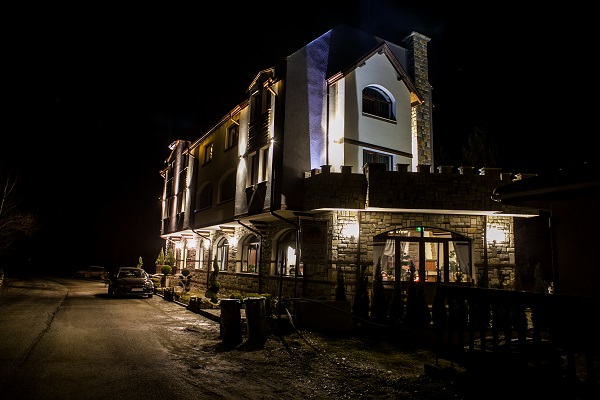